By: Josh | Xbox One Reviews | January 23, 2014
The best thing I can say about the first episode of the "Untold Stories" DLC for Dead Rising 3 is that... well it's a part of Dead Rising 3. Offering just over an hour's worth of content, Operation Broken Eagle adds just enough new weapons and story to appeal only to hardcore fans of the base game. The first outing of Capcom's DLC lands as a prequel/concurrent story, meaning events intertwine with Nick's journey across the city of Los Perdidos. You play as Adam Kane, a  grizzled Spec Ops captain who doesn't know how to disobey an order. When flying over the infected city with his men, an RPG strikes the chopper sending it crashing to the ground and scattering the crew across the city. From here, Kane must pursue his main objective and hopefully find his stranded crew in the process. 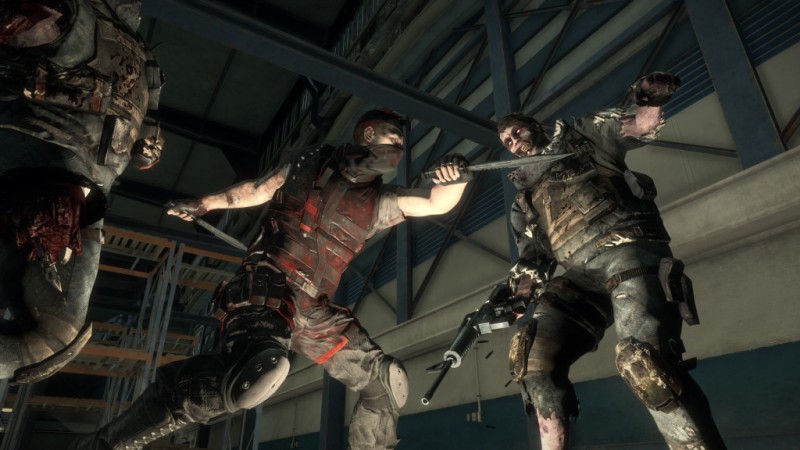 This first DLC pack ends around the midpoint of where the main game takes place and spoilers do show up during your playthrough, so finishing the base game first is recommended. Heck, the first few sentences of the DLC essentially spoil a rather large plot twist that you don't find till a few hours in as Nick. Missions tend to consist of three varieties, drive here and kill these soldiers, find your missing crew dead and collect their dog tags or find your missing crew alive and have them tag along. That is really as in depth as it gets, every single side quest that pops up is either finding a dead team member or finding one fending for their lives. While I didn't expect them to jam pack a ton of content in this $10 add-on, some variety isn't too much to ask for. The main objective has you roaming around the streets from place to place trying to track down a certain character (that I won't name for spoilers sake) and it basically turns into a "Where's Waldo" simulator. Luckily, the length of the add-on is just enough as to not make this a complete snore fest, and there are a few story bits that give you the "Oh! So that's how this came to be" feeling but these are very few and far between.
Along with the story, Capcom has added a few other weapons and vehicles into the mix. While the one vehicle, an APC, isn't exactly mind-blowing, the new weapons and especially the combo weapon are a ton of fun to use. Five standard weapons have been added including the quick, agile dual combat knives and a riot shield paired with an axe; The real star however is the combo known as "The Beast" which consists of an automatic shotgun and chainsaw paired together. It is still a ton of fun to cut down hordes of zombies getting from place to place even if the actual missions are lackluster and these new weapons are good enough that they'll keep a smile on your face as you traverse the city. You may also bring back any PP you earn into the base game but theoretically you should be playing this after you finish the main story and there's a good chance you've already maxed out your character there. This also causes issue since Kane starts at the level you're currently at, meaning the DLC can be an absolute breeze to go through on the normal story setting.
It's worth mentioning that Operation Broken Eagle takes place in the same areas as the base Dead Rising 3 game, there are no new areas to speak of which would be a lot to ask I guess considering that the world is already pretty dense. One of the biggest drawbacks though is the absence of co-op through the DLC. There is no way to play it with someone else and while I don't think it's necessary it'll sure be a bummer for people who played most of the main game with a friend. 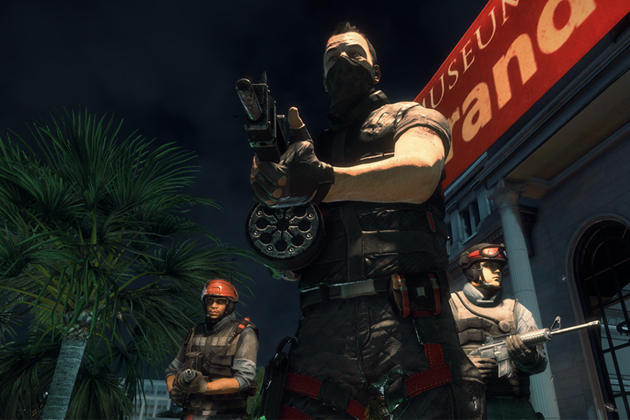 Untold Stories' first episode is a short and middling piece of content for an otherwise fantastic game. It'll give you some gratifying moments when the story ties in with vanilla Dead Rising 3 and the weapons re-surface the joy you already had cleaving through the undead but that's where the fun ends. The mission structure is extremely basic and lacks any variety whatsoever, there is still more to come from Untold Stories but as far as episode one goes, I can only recommend it to people who can't get enough Dead Rising.
Rating
6.0
Pros