Disney’s latest smash hit Moana will soon be available on DVD and Blu-ray, and you’ll be glad to know it absolutely holds up watching it a second time, and even a third. Auli’i Cravalho is just as charming and lovely as Moana, daughter of a Pasifika chief, who is chosen by the ocean to go on a quest to restore the heart of Te Fiti.

Along with Dwayne Johnson as Maui the morally gray demigod and Alan Tudyk (Rogue One) as hilarious chicken sidekick Hei Hei, Moana faces off against monsters and magic to save her people. Not only do we get a fun adventure, but a powerful message about the universal adolescent struggle between your passion and your duty to your family. Moana does justice to the importance of finding a balance and manages a more powerful family centered story than Frozen, even with Moana’s family absent from the majority of the film. 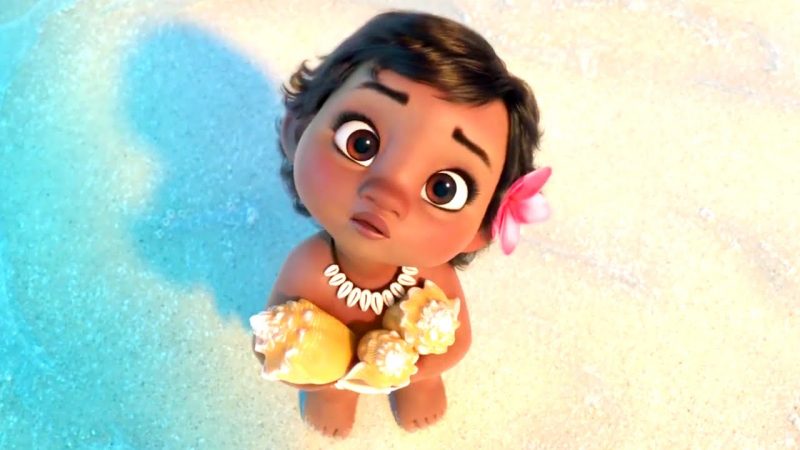 Though a lot of Disney animation films revolve around young heroines' coming of age stories, Moana will join the ranks of the likes of Mulan and Merida, rather than Cinderella and Snow White. The growing trend of Disney heroines who fight and who don't have love interests is somewhat expected, but what is more surprising and refreshing is this new structure of film which doesn't really have a villain. On her quest, Moana faces various creatures and obstacles, but the most formidable obstacle turns out to be the very thing she's trying to save. In her choice between her family and the call of the ocean, the right answer isn't one or the other, but both. Maui is an incredibly morally ambiguous figure. Overall, this film moves away from the traditional black and white morality often seen in films aimed at children, and rather offers a more sophisticated outlook. It sends the message that good people can do bad things and hurt people, and the best way to handle that situation is to do everything in your power to make it right again, and to apologize. Rather than fighting evil stepmothers with hazy motivations, this story teaches kids about accountability. Much more important.

You might say this is taking analyzing a kids' film too far, but where adults this awards season have Moonlight, kids have Moana. Both shine a spotlight on the culture of a community not often represented on screen and tell the story of a kid coming to terms with their own identity. The key to both is self-definition. "At some point, you gotta decide for yourself who you're going to be," Juan tells Little, and the acts of the film are built around his identity as he learned to define himself: Little, Chiron, Black. In Moana, the turning point of the film comes when, at her lowest point, the spirit of her grandmother asks Moana "Do you know who you are?" The song that follows consists of Moana defining herself on her own terms. Even the final showdown between Moana and Te Ka revolves around the same theme: "I may have stolen the heart from inside you,/ But this does not define you,/ This is not who you are,/ You know who you are." It really is a testament to the sophistication of this film. Bravo.

The Special Features on the home release are extensive and incredibly interesting. We are given a deep insight into the intense research and the genius minds behind the creation of this masterpiece. They really showcase the amazing talent of the animators, artists, costume designers, musicians, singers, actors and writers, opening a window into their crafts and their creative processes. 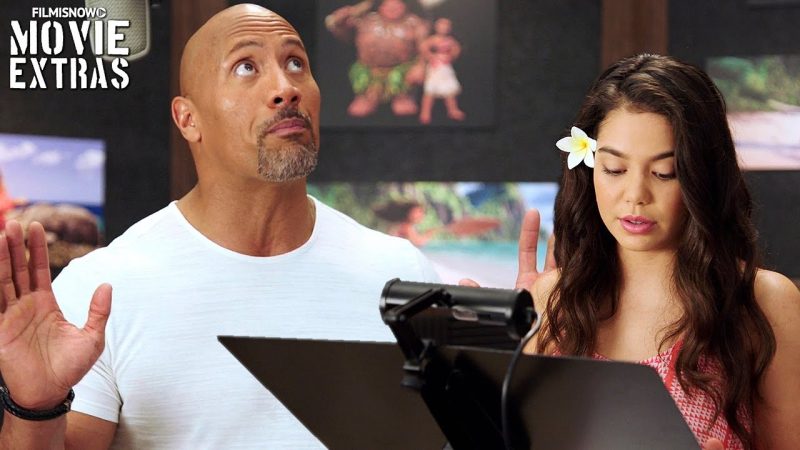 Most strikingly, we see how closely the team worked with Pasifika people to make Moana as authentic and representative as possible. Not only are all the cast Pasifika (except Alan Tudyk, who voiced the chicken!), but Samoan musician Opetaia Foa'i worked on the music, experts from all over the Pacific were consulted on every aspect of the film, from story to character design.

First up from the special features is an unrelated Theatrical Short Film: Inner Workings. With an introduction from Japanese-Brazilian writer-director Leonardo Matsuda, this charming short brings to life the tug of war between head and heart. 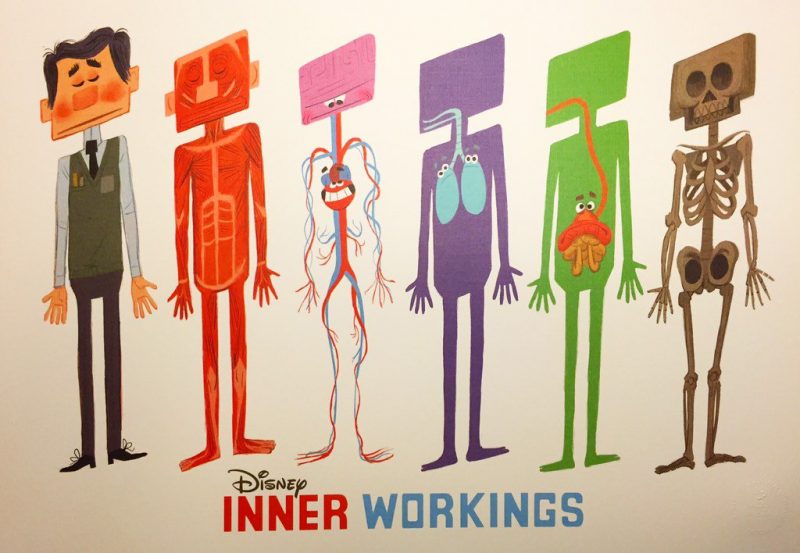 Voice of the Islands is a mini documentary following the co-directors of Moana, Ron Clements and John Musker, through their trips to the Pacific Islands. One particularly moving quote comes from Papa Mape, a Tahitian elder, who told them “For years we’ve been swallowed by your culture - one time can’t you be swallowed by our culture?” That sums up the spirit behind the creation of Moana - to allow this rich culture the platform to reach the whole world through Disney. 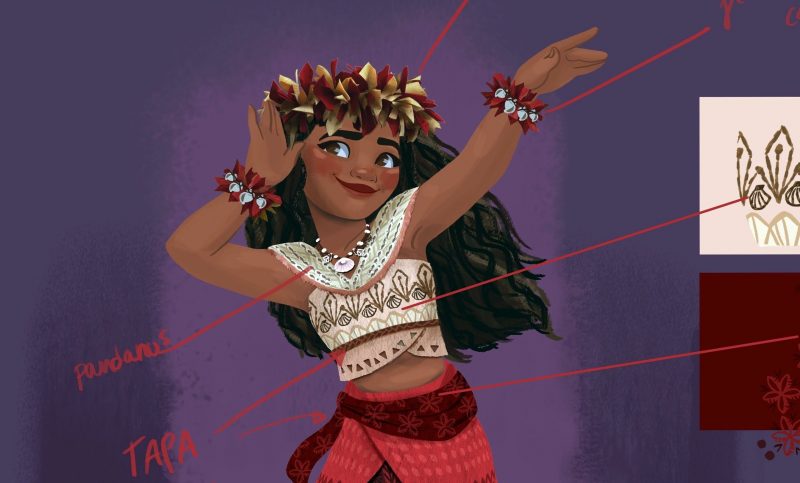 Island Fashion goes behind the scenes of costume designer Neysa Bové’s detailed process to come up with the perfect costumes. She explains the balance of aesthetics and practicality, all trying to maintain a cultural and historical accuracy.

The Elements of… is made up of four mini-documentaries detailing the groundbreaking technical advancements the animation team made bringing to life Mini Maui (with the help of Disney legend Eric Goldberg), the characterful Water, Lava with all its intricacies, and the distinctively textured Polynesian Hair. 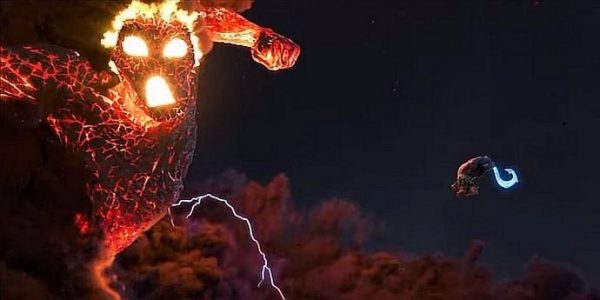 They Know the Way: Making the Music of Moana goes behind the scenes of how Lin Manuel Miranda, Opetaia Foa’i, and Mark Mancina composed the music and brilliant lyrics that we’ll all be singing for years to come.

Lucky us, we also get a look at a storyboarded Deleted Song: Warrior Face, sung by Miranda’s Hamilton co-stars Christopher Jackson and Phillipa Soo, and inspired by the Polynesian tradition of the Haka.

There are also Deleted Scenes aplenty, in animated 2d sketch form. These give an insight to how much the story changed from original inception to the finished product - originally Moana was vying for her right to sail with her seven older brothers! 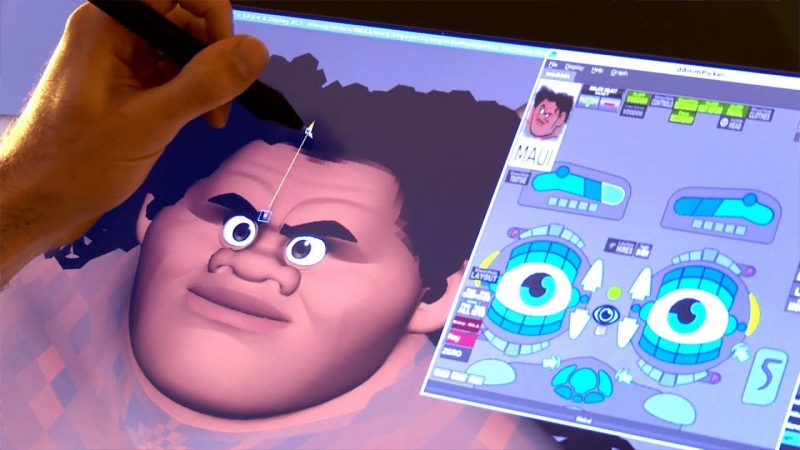 Fishing for Easter Eggs takes us through just a few of the brilliantly hidden easter eggs the animators slipped into the film … watch our for Aladdin’s carpet and the magic flower from Tangled!

Lastly, there are two music video versions of pivotal track How Far I’ll Go, one sung by Alessia Cara, and the other dubbed countless languages, Heard Around the World.

To round off these numerous special features, there is, of course, the Audio Commentary version of the film, with directors ‘Ron and John’ providing yet more behind the scenes insights to the film. 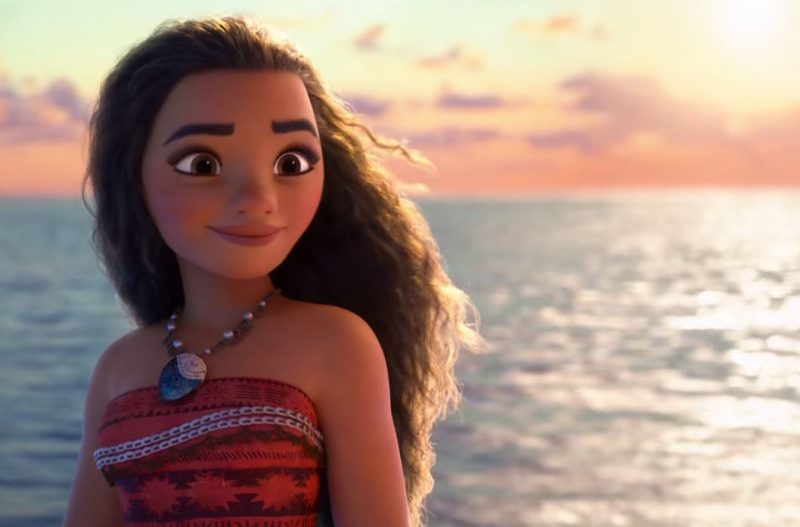 Undoubtedly the best Disney film of the past decade and a truly decadent amount of bonus features to keep the kids busy and educate them on a culture they might not know too much about. Moana really is a masterpiece.

Moana will be available via Digital Download on March 27, and on DVD, Blu-ray, and 3D Blu-ray on April 3.