You can check out our first take review of Wonder Woman here, which deals with some of the issues regarding pacing in this action packed epic. Despite that, the one huge benefit that Wonder Woman had over the rest of the DCEU so far, and a contributing factor towards why it’s undoubtedly the best of them, is that there was no pressure for it to tie into the extended universe. The film starts and ends with the modern day Diana we were introduced to in Batman v. Superman: Dawn of Justice, but other than those brief moments, the film stands alone entirely as an extended flashback. It’s clear from the direction the Marvel cinematic universe has taken that expanding the universe and demanding all the films be intertwined with each other often results in convoluted and forced, messy, overstuffed films, Avengers: Age of Ultron being a prime example.

There is a danger of films in a franchise like this simply becoming vehicles towards the big team-up film rather than having individual merit. Batman v. Superman suffered from this, alongside many other issues: extended dream sequences and the Flash cameo for example simply made no sense to a casual viewer, alienating many audiences. Wonder Woman on the other hand, only tells one isolated story: Diana’s origin story, so it works much more successfully as a coherent narrative. 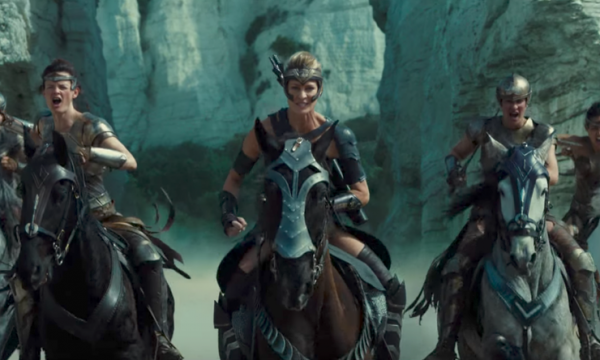 The first act does an admirable job at introducing Themyscira and its inhabitants to audiences who are likely to be unfamiliar with them. Though some of the expositions is a little clunky, Lilly Aspel is utterly charming as a young Diana who rebels against her mother Queen Hippolyta’s (Connie Nielsen) protective nature. The phenomenal Robin Wright (House of Cards) is a brilliantly strong mentor figure as General Antiope, and the training scenes really showcase the exciting use of slow motion to show off the incredible fight choreography.

Gal Gadot and Chris Pine have lovely chemistry as Diana and Steve, built on genuine trust and mutual respect between the characters, which we see develop on screen. This is something which so many on-screen romances lack, especially in action films, but Wonder Woman takes the time to build up the love and care for one another, and this is what gives the climax of the movie such weight. 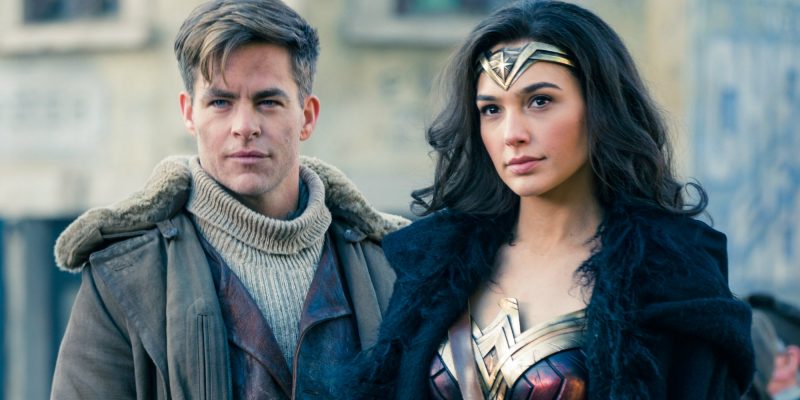 A concern raised by fans before the release of the film was, since Diana enters the world of men for the first time following Steve, that there would be a lot of moments where Diana’s naivety would be played for laughs against Steve’s experience. Thankfully, this wasn’t the case at all. Though the muttering war councils certainly treated Diana differently because of her gender, Steve never did. Any conflict between the two of them was never regarding their genders but rather came from a place of tactical difference. Diana’s background, which we were shown, leads her to approach military problems head on, with a show of force and strength. Steve on the other hand, as a spy, favors a quiet, sneaky approach. The two methods clash before both characters learn the merits of each other’s approaches and both end up better for it.

Though there are moments when Steve tries to frantically shush Diana, since she is shouting and making a scene, her impassioned yelling is because she is so outraged at the disregard to suffering shown by the generals and by Steve himself. Her reaction is framed as totally understandable. Her right to make noise and take up space in a place and time when she, as a woman, should not according to the rules of society, is validated. These subtle moments do more for championing equality than any of the impressive fight scenes. 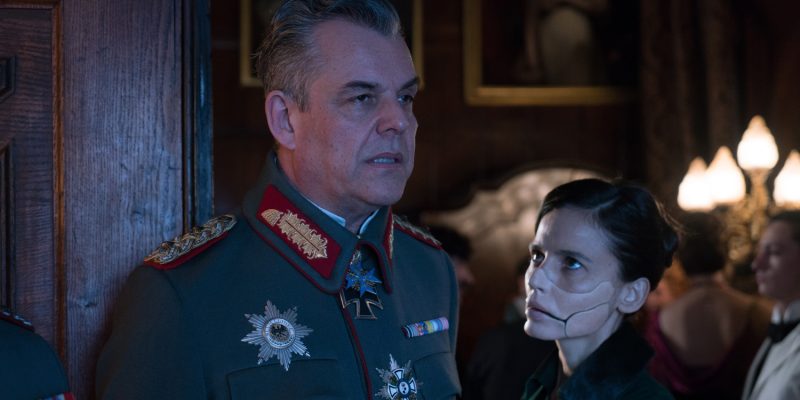 Though the parallels with Captain America: The First Avenger extend to Nazi scientists developing dangerous mystical technologies, and also a certain scene with Steve at the end which really is remarkably similar, Wonder Woman still manages to inject vivacity and intrigue into a plot which, at this point, we’ve seen countless times in various superhero iterations. The villain twist came as a genuine surprise to me, which I absolutely didn’t see coming. That being said, after the initial reveal, the final fight scene did go too far. After a film filled with the harsh reality of trench warfare, the magic fire and lightning seemed a little ridiculous and was drawn out a lot.

Danny Huston as the sinister Ludendorff and Elena Anaya as the supposedly formidable Dr. Poison were fairly forgettable villains, but they got the job done. One standout scene of the film was definitely between Steve and Dr. Poison, as he goes undercover to try and learn her secrets: Pine shows off what a real staple of cinema he has become! 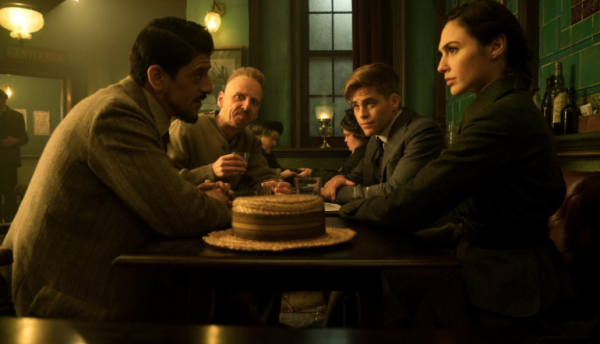 Steve’s ragtag band, consisting of Sameer, Charlie, and The Chief, manage to bring some humor as well as a surprising amount of emotional depth for how little screentime they get. Lucy Davis as Steve’s secretary Etta also brings the laughs, but to be honest they put her funniest line in the trailer.

Overall, this is without a doubt the best film the DCEU has released so far. Any concerns about Gadot being able to live up to the legacy of the character have certainly been allayed. She played moments of strength and vulnerability equally with grace and skill. I can’t wait to see Diana amongst the rest of the Justice League!

Wonder Woman is in cinemas now!