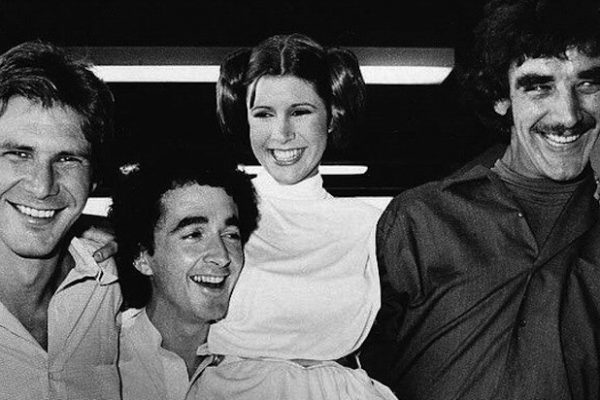 This year’s Star Wars Celebration comes in the wake of losing the galaxy’s most beloved Princess, so now would be the perfect time to look back on how much progress the Star Wars franchise has made since way back when Carrie Fisher was the only woman on set (and apparently the only woman in outer space for that matter) filming Episode IV. Unfortunately, progress hasn’t exactly been happening at light speed.

At the news that Emilia Clarke has been cast in the as-yet-untitled Han Solo anthology film set for release in 2018, fans complained of an “Attack of the Clones” effect: it’s undeniable that Leia, Padme, Rey, Jyn, and now Clarke are all pretty much identical. There’s only so many blaster-toting slim white brunette heroines you can have until it becomes a bit of a farce. Especially since there’s mostly been a one-per-trilogy limit on women (not including mothers killed off for effect!).

This new era of Star Wars has definitely been making something of an effort to make the characters populating their films more accurately reflect the diversity of their audience. The new trio introduced in The Force Awakens, Finn, Rey, and Poe, are certainly a step in the right direction. A Black stormtrooper-turned-hero, a Guatemalan rebel pilot and a girl following in Luke Skywalker’s footsteps are all wonderful things, but there’s a decided absence of women of color. It seems that a deviation from the standard of white male hero is only tolerated in one direction at a time - either a character can be non-white, or non-male, but never both.

Rogue One follows this same pattern. A brilliantly diverse ensemble cast of Asian, Latino, and Black men propping up the white female lead. In a world where The Hunger Games movies raked in all the dollars that they did, it simply doesn’t work to claim that female-led movies outside the rom-com genre do not make money. Unfortunately for Star Wars, it also means that white-female-led films really aren’t all that progressive anymore. 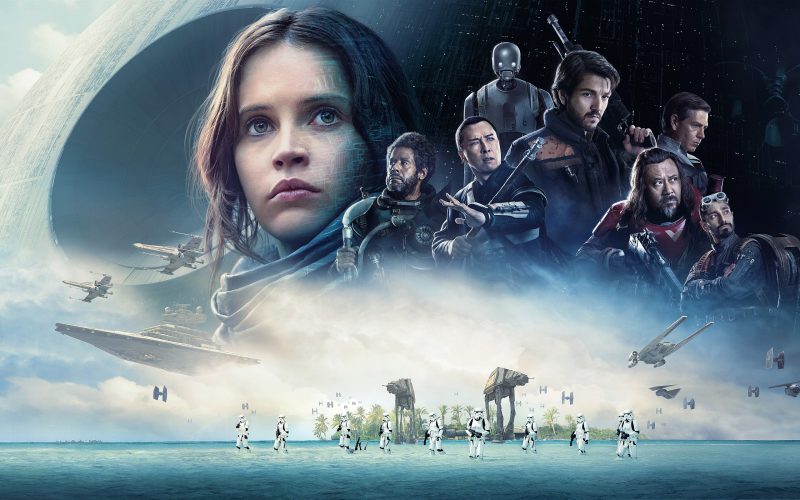 Lupita Nyong’o, though she delivers a brilliant performance in Episode VII, hardly counts as on-screen black female representation when her character is a CGI alien. People of color being cast as CGI or heavily prosthetic alien characters, usually with inhuman brightly-colored skin, is an unfortunate trend in science fiction. Just look at Idris Elba and Sofia Boutella in Star Trek Beyond. This encourages twin harmful perceptions: portraying people of color as ‘alien’ and ‘other’, as well as denying them the right to represent themselves on screen. For a diverse audience, this is one of the most alienating things about sci-fi (pun reluctantly intended).

The history of race relations in the Star Wars franchise has been troubled, to say the least. A New Hope came under fire for the fact that James Earl Jones as Darth Vader was the only black character, and we never even saw his face. Of course, Billy Dee Williams' Lando Calrissian was introduced in the next installment and went on to become a firm fan favorite. The prequel trilogy too was controversial in more ways than one. Audiences called out the blatant and offensive racial stereotypes used to characterize some of the aliens in the films: the Gungans Jar Jar Binks and Boss Nass upset Black audiences, Watto seemed to be a Middle Eastern/Jewish caricature and the Trade Federation delegates were undeniably East Asian inspired. As well as offensively portraying these cultures in this way, it didn't help that all these characters were either stupid or conniving or evil. Worst of all, the ratio of white to non-white human characters was still ridiculously weighted, with Samuel L. Jackson's Mace Windu the only slightly prominent non-white character.

After a recent slew of anti-Asian racism and whitewashing scandals in Hollywood (Doctor Strange, Ghost in the Shell, etc.), Star Wars’ saving grace may well come in the form of Kelly Marie Tran. Though they've been keeping her character under close wraps, up until now rumors of her role in The Last Jedi have pointed to her as a sort of Lando-esque fourth figure to the main trio of characters. A fresh face is best known for her work with CollegeHumour, this Vietnamese-American actress might just be the first step towards intersectional diversity that we’ve been waiting for.

As we'd hoped, Tran made an appearance at The Last Jedi panel, and revealed some more details about her character! Meet Rose! 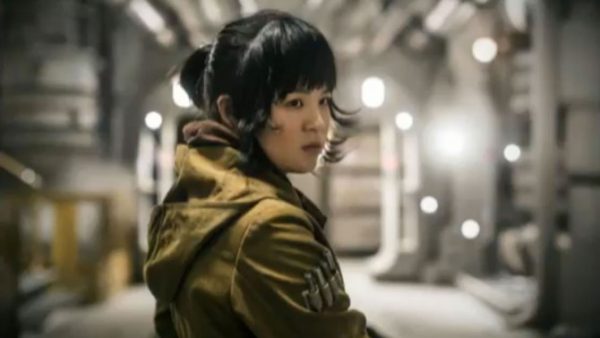 “[She] has the biggest new part in the movie and ironically is played by the smallest actor,” said director Rian Johnson, so hopefully we can expect to see a lot of her in the rest of the trilogy! Tran revealed that “She’s part of the Resistance, and she works in maintenance," whilst Johnson elaborated, “She’s not a soldier. She’s not looking to be a hero, and she gets pulled a very big way into an adventure in this movie with Finn."

Tran told the crowd, "I can’t wait for you to meet her,” ... we can't wait either! You can see Rose and the gang in action when The Last Jedi hits cinemas on December 15. Watch the epic trailer below!